Omarie McQueen, who received many awards, last year became a director of the vegan cafe. 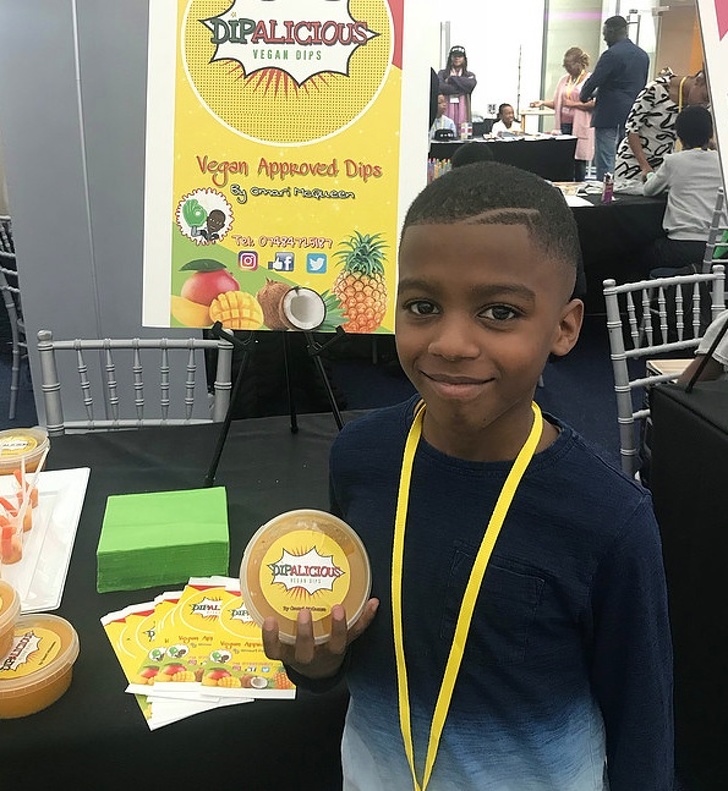 McQueen offers a small choice of appetizers, drinks and sauces on his website and saves on his bus, which will be converted into a mobile restaurant to feed other kids with delicious vegan food.

McQueen started finding out more about vegan cooking after watching the PETA movies. McQueen opened his cafe at 8 years old after he started doing a YouTube channel where he showed how to cook vegetarian pizza. He knew the pizza needed a sauce to keep it from drying out, but he didn’t know if Heinz was the right one, so he made his first sauce of mango, pineapple and chili. He gave the sauce a try to his family and received positive feedback. Then he decided to put it on sale and came up with two more sauces.

“Omari has a strong desire for cooking, and since an early age he used to cook various sweets. The parents wanted to instruct Omari and his brother how to prepare meals, because their mother was extremely ill, could not make food and was in need of their support when the father had a late night job. Omari’s passion became stronger when he started making his dishes so that the family could enjoy them. He wanted to find out more about veganism and he chose to become a vegan and share with other kids the meals they consume,” the restaurant’s website says.