Mars has started to sell a vegan chocolate milkshake

Those who love classic Mars milkshakes can now enjoy the vegan option. This drink are approved by the Vegan Society and are sugar free. The company Mars says the Mars Oat cocktail has “a strong chocolate flavor with a touch of caramel”. 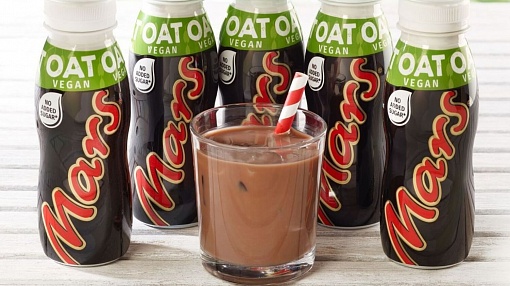 During the past year, the Mars company introduced the Vegan assortment of Galaxy chocolate bars in the United Kingdom. bars are sold in three different flavours.

Mars is the first major confectionery brand to introduce vegan milk chocolate. According to Kerry Cavanaugh, CEO, the brand focuses on meeting consumer needs with the help of plant-based food.

Kerry Cavanaugh commented: “Everywhere in the United Kingdom, vegan products are becoming more and more popular. Vegan delicacies are now only worth 10 million pounds in the chocolate market, worth 4 billion pounds.

An additional study found that 23% of all new British foods released last year were vegan. According to experts, the industry is likely to continue to expand and sales in this segment could reach over 1.1 billion pounds by 2024.

The dairy sector is a core field for the United Kingdom’s vegetable food market. Many meat producers buy vegan dairy products on a regular basis. According to Mintel, about a quarter of Britons now drink dairy alternatives.